But it was by the skin of their teeth. (I just noticed, that I refer to Austrians as they and them, not wanting to include myself any longer)

The votes cast on Sunday left everyone puzzled, with a result close to 50:50, with a slight overhang (I think it was about 6.000 votes, single votes) toward the right-wing candidate Hofer. So the absentee ballots would have to actually decide the matter for good. Which gave me hope. Lots of hope.

Surely people like me, who live abroad, will have in their majority a broader view on things, won’t they? And they have. So, in the end, with every vote counted, the official result is 49,7 % for Ing. Norbert Hofer and 50,3 % for Dr. Alexander Van der Bellen, thus becoming new President of Austria. 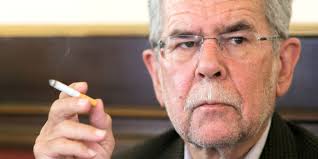 However, studying the offical result page of the Austrian government, things look not bright at all. If you click on any county or district, you can see the individual results for the small entities, right down to each small village, the exact results in numbers. And I have to say, the big(ish) cities and the few counties depending and living of tourism in the West have saved our arse. Next to those living abroad. So, basically, everyone in Austria, who  actually has seen and met foreigners in their life at least once.

But if I look closely at my place of birth, Zeltweg, there were 64,9 % for the wrong guy. And, just like I feared, if I look at the place, my vote is counted at, because I last lived in this community before leaving Austria, it is even worse. 78,4 % for Hofer, only 21,6 % for Van der Bellen. A nightmare, really.

This one election Austria came out of ok. But as Norbert Hofer just said yesterday, the next Chancellor may well be HC Strache. And that would be the real nightmare.