It’s been what, four years, since I moved in with my sweetheart, leaving my beloved Berlin proper. Charlottenburg, a western district of Berlin, I called home for so many years, I just could not fathom ever going elsewhere. I even used to call myself a dedicated Charlottenburger. But move I did. To suburbia. To a town glued to the northernmost part of Berlin, called Frohnau. It really is the same. It just used to be separated by the Berlin wall. So there are streets one side of which is in Berlin, the other is in Brandenburg, forming our little town of Glienicke. Well, little has to be put into perspective.

In Austria, little town would mean some  four, maybe five thousand inhabitants. In Glienicke, there are about twelve thousand. First number of inhabitants recorded in the year 1875 was 201, though. The place has been growing ever since.

And no wonder it has. Lots of green around, fields, woods, little streams. Yet still close to the city, it takes a mere 20 minutes to drive to Charlottenburg. Without traffic queues, that is. Even when I first moved here, there were still empty fields and shrubs and woods around our street. 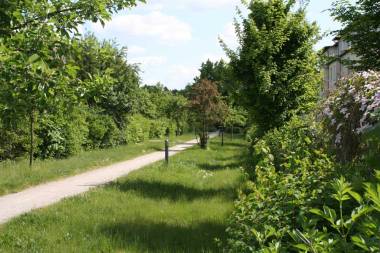 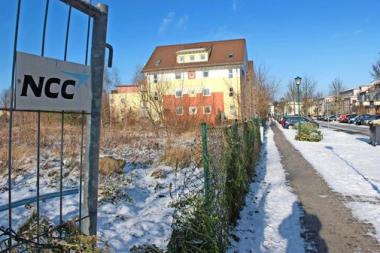 We live in a housing area called Sonnengarten, meaning sun garden. And it really is. It has been planned and started right after the Berlin wall came down. On an empty stretch of land right next to the small town center. Separating it from what used to be the wall and the mean, decadent West aka Berlin/Frohnau. This is what it looked like, when I moved in. The older streets already lived in, with plenty of green bits between them. Still some construction underway on the outskirts. 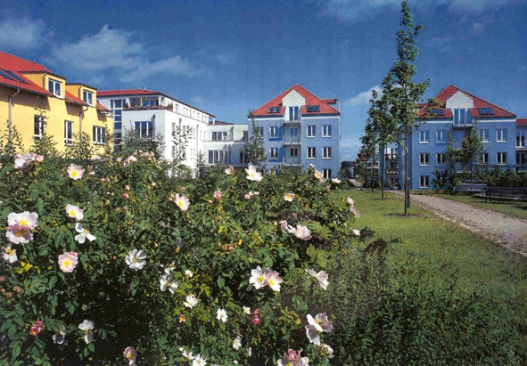 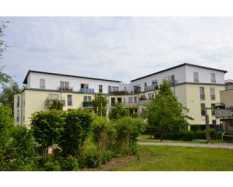 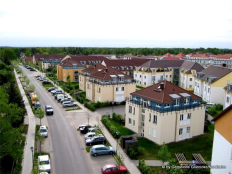 But construction never ended since. Field after field dissappears to give way to yet another block of flats. The housing itself densing up, with green strips getting narrower and narrower between each of them. Last year, another sixteen houses, containing twelve flats each, were erected. In no time at all, one could see curtains appearing on the windows and flower pots on the balconies. Sometimes it seemed, the constuction workers were not even finished yet, when folks started to move in. 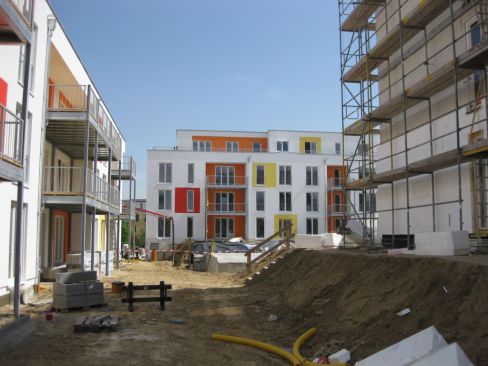 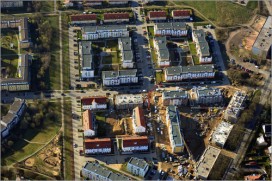 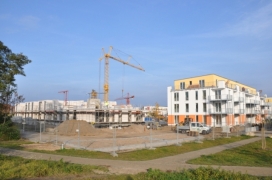 It is getting densly populated around here now. Thus, traffic picks up a lot, making the rush hour into and out of town clearly a pest, stop and go all the way. Just as well, I avoid going into Berlin lately, whenever possible. If I have to during rush hours, it takes me well over one hour. And our little shopping mall, featuring just two smallish super markets, a bakery, an ice cream shop, one shoe shop, a pharmacy, a veterinarian, a hairdresser, a dentist, a dry cleaner and a stationary shop with post office drop-off attached, a gymn, one greek restaurant, a flower shop and a newspaper stand, is overflowing now. When I frist moved here, I thought the parking lot around it rather overdimensioned, but today one is hard pressed to find an empty space at almost all times of day. With long lines forming at the check outs. 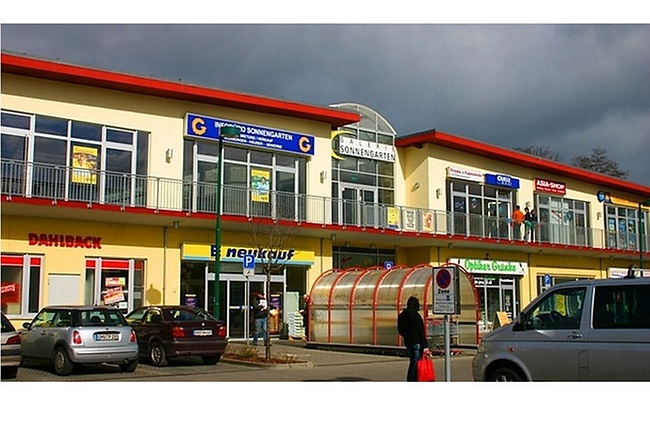 Suburbia is rapidly growing and it sure is getting crowded here. I am real glad, we live in one of the old streets, with some green and space left between the houses. And a garden surrounding our flat. Well, it used to be just lawn and shrubbery, but so far, nobody protested against my farming urges, taking up just a little extra space each year. I take it as my personal tit-for-tat response. They build more and more houses, I plant more and more flowers. As long as this can go on, I am quite happy with my new, suburban existance.